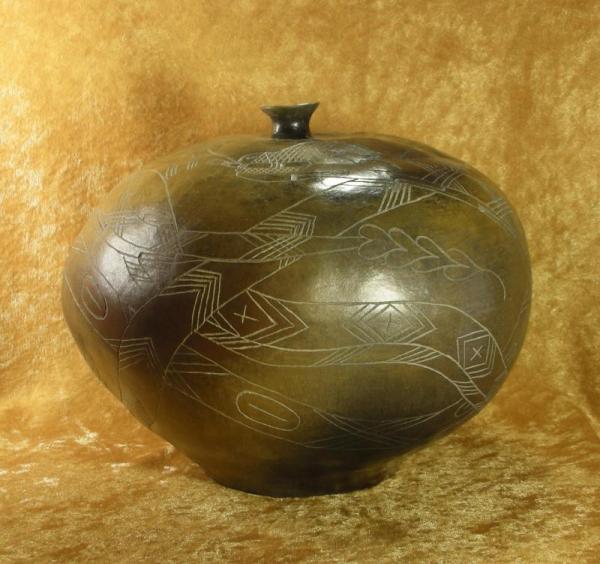 Choctaw Indians are descended from the ancient mound builders of the Woodland (1000BC to about 1000AD) and Mississippian (1000AD to around 1600AD) periods.  The Mississippian period in particular is very rich with a large number of pottery pieces being found in a variety of shapes and designs.

The Southeastern Cultural Complex art was believed to relate almost entirely to otherworldly events and supernatural actors, however, the art from the central Mississippi valley also includes a large variety of 'real world' beings such as fish, deer, shells, gourds, and other animals.  This provides a wide array of potential subjects for the pottery I make.  I love the effigy pieces with the various supernatural characters as well as the more naturalistic pieces.  It is interesting to see the ways that these supernatural characters were used in both pottery and stone work from this era.

Many of the pottery pieces I make are my interpretation of actual ancient artifacts.  In the reproduction of ancient pots I try to be as close to the original pieces in design and form as possible creating a faithful reproduction of the ancient piece.  In some cases, however, there is not a good enough photo or various aspects may not be visible in the photo so I will improvise based on the form and try to guess what would have been on the other side or what a design is likely to be. 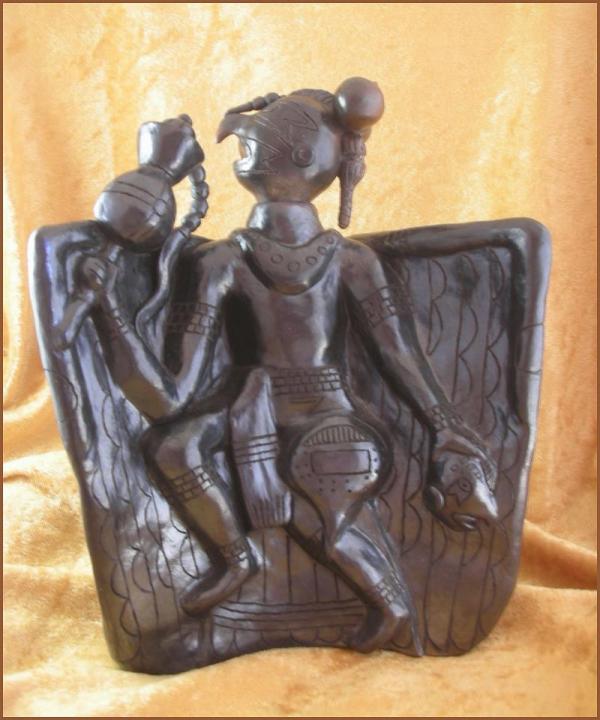 I also make pottery pieces that are my own ideas and designs but are made in the same style and character as the ancient pottery.  Animals that I haven't seen in ancient pots or in forms other than the ones I have seen.  For example to make a bottle with an animal that I may have seen on a bowl or vise a versa.  In these pieces I try to maintain the style and design characteristics that would have been used by the ancient indians to make it a faithful interpretation of their style.

The bottle shown to the right here is an example of such a pot.  It is a commonly seen design which the ancient Mississipian period indians carved into shell and stone objects.  I made it into a 3 dimensional bottle. 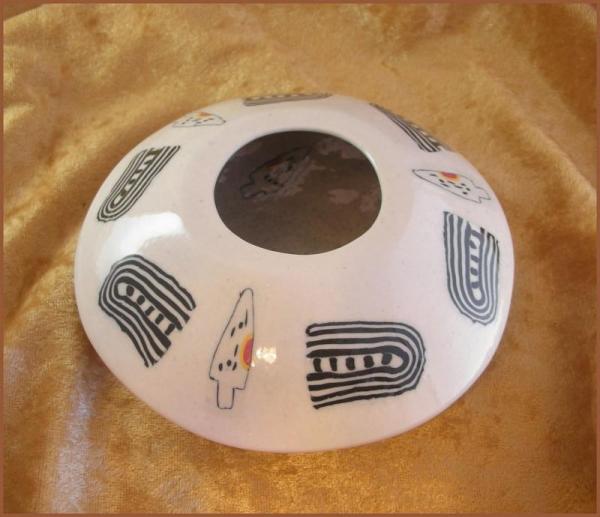 I also make very contemporary pottery in which I try to incorporate some of the various designs from both pottery and stone carvings into new and totally different things that have my own style and design.

This pot is an example of such a piece.  It is made in porcelain, a non-traditional clay medium, the designs are made with a murrini, a non-traditional method of decoration.  The designs, however, are taken from the patterns the ancient Mississippian period indians carved or incised into banding designs on their pottery.